For more than 30 years, Old Bushmills – Ireland’s oldest distillery – and Midleton, the newest and most technologically advanced distillery in the country, have worked under the same umbrella, Irish Distillers, acquired by Pernod Ricard in 1987. Originally made from a blend of grains (malted and unmalted barley, oats, wheat, rye), the pure pot still is the most traditional of Irish whiskeys. While oats, wheat and rye are no longer used, Midleton has kept to this tradition since the 19th century, opting for the production of single malts. The exuberant fruity profile (red fruits, exotic fruits) and the spicy character of the pure pot still are attributed to the presence of 40% to 50% unmalted barley. Midleton’s pure pot stills are classified into three types: light, medium or modified, and heavy. In 2011, to better assert the cultural identity and uniqueness of these whiskeys, the house launched an additional appellation called “Single Pot Still”. Irish distillers are masters in the art of vatting by blending single malts and pure pot stills of different ages with grain alcohols containing a high percentage of corn. 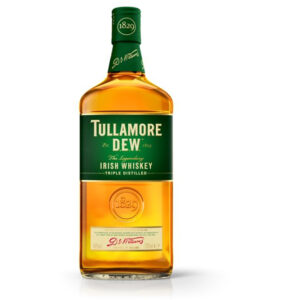 ₨ 1,450.00
An excessive consumption of alcoholic drinks can cause serious health and social issues.
Scroll To Top
We use cookies to improve your experience on our website. By browsing this website, you agree to our use of cookies.
Accept