In the north of the Rhone Valley, this winemaking region developed from the 1st century AD and rose in quality and reputation to compete with Italian vineyards. It was at this time that the Gallo-Roman villa of Molard was built, the most important Roman winemaking cellar to date near the Rhône at Donzère. From the 14th century, the Popes, lovers of the region’s wines, mobilised the cultivation of an important vineyard around their home in Avignon. John XXII, second of the seven Popes from Avignon, had a summer residence built at Châteauneuf du Pape. The Rhône Valley’s pride and appreciation for its quality wines played an active role in the birth of French wine appellations on its terroir. In the 1930s, the visionary Baron Le Roy became the Hero of the Châteauneuf-du-Pape appellation. The latter became the first official AOC in France in recognition of its incomparable wines. The main red grape varieties cultivated are Grenache Noir, Syrah and Mourvèdre. As for the whites, we focus on Grenache blanc, Clairette blanche, marsanne, roussanne, bourboulenc and viognier. 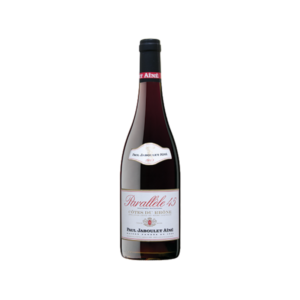 ₨ 755.00
An excessive consumption of alcoholic drinks can cause serious health and social issues.
Scroll To Top
We use cookies to improve your experience on our website. By browsing this website, you agree to our use of cookies.
Accept